In November, Cambridge City Council passed a resolution supporting HUCTW negotiations and our fight for a fair raise. The resolution was sponsored by Cambridge Mayor Sumbul Siddiqui, Councillor E. Denise Simmons, Councillor Marc C. McGovern, and Councillor Burhan Azeem and was adopted unanimously by the Council.

The Council has delivered a copy of the resolution to President Lawrence Bacow and Harvard’s Director of Government & Community Relations, Tom Lucey. The full text can be viewed on the Cambridge City Council website.

Below is the core text of the resolution:

“…It has come to the City Council’s attention that the Harvard Union of Clerical and Technical Workers, whose contract with Harvard University expired on September 30, has been engaged in contract negotiations with the university since that time, and concerns have been raised that the salary ranges being offered by Harvard do not meet the current cost of living demands; and

Representatives for the HUCTW, which represents approximately 5,000 Harvard employees, have reported that these negotiations have been productive on a number of fronts, but the two sides have yet to reach an agreement around appropriate wage increases, with the union correctly noting that their members are feeling financially squeezed in a time of rising rents, rising costs of food and fuel, increased inflation, and the threat of a recession looming; and

Representatives of the HUCTW have noted that Harvard University has not given any clear rationale as to why an institution with an endowment worth $53,200,000,000 is unwilling or unable to provide the adequate cost-of-living adjustments to the salary ranges being asked for by the union; and

The clerical and technical workers give their all to Harvard University on a daily basis, they are part of the institution’s very backbone, and during these especially challenging times, it is incumbent upon Harvard University to meet the moment and find a way to bring some badly needed financial piece of mind to the HUCTW union members going forward; now therefore be it

Again the full text of the resolution can be viewed on the Cambridge City Council website.

Thank you,
HUCTW Executive Board and Negotiators 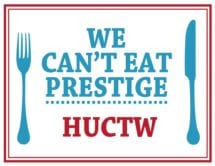 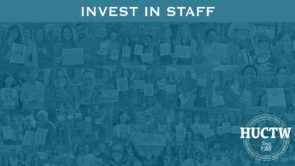 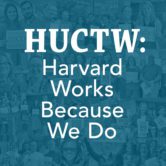 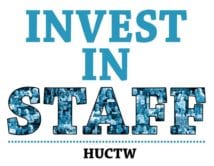